Physicists in African universities are confronted with daunting challenges in their efforts to conduct research and train students. Many of them are well trained and highly motivated scientists who have chosen to work toward building physics programs in their home countries – in spite of difficult circumstances and meager resources.

Dr. Kennedy Reed, a theoretical atomic physicist for the Lawrence Livermore National Laboratory(LLNL) will present the Physics Department’s the 38th annual Yunker Lecture focused on the growth of physics in Africa on Friday, May 17, 2019. The talk, “Physics in Africa,” will be held in LaSells Stewart Center’s Construction & Engineering Hall at 5 p.m., with a light reception and a poster session at 4 p.m. in the Myrtle Tree Alcove. Dr. Reed will present a research seminar on May 16 at 4 p.m.

Reed is a physicist in the Theory Group within the Physics and Advanced Technologies Directorate at LLNL. He is a co-founder of the National Physical Science Consortium (NPSC), a group of 30 universities that provides physics fellowships for women and minorities. To date, Dr. Reed has helped more than 100 of these students earn their doctorates and awarded over 300 graduate fellowships through NPSC. Before joining Livermore Labs, Reed was a professor of physics at Morehouse College in Atlanta. 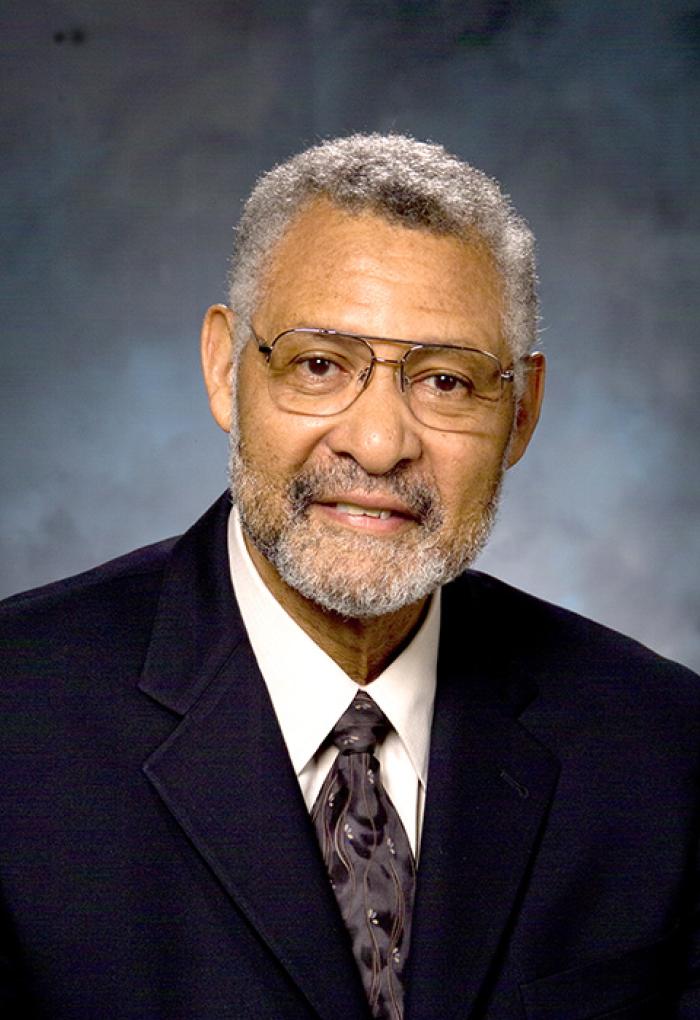 Kennedy Reed, a theoretical atomic physicist for the Livermore Labs

Science and technology can play an important role in addressing the critical needs of developing nations in Sub-Saharan Africa. But support for advanced education and research in the physical sciences is extremely limited in these countries. A few international organizations have programs that provide some level of support for physics in developing regions, including Africa. There have also been efforts to encourage scientific links between physicists in Africa and physicists in other parts of the world. Reed has been instrumental in these actions.

In his talk, Reed will share his experiences working as a visiting scientist in African universities where he and others sought to promote collaborations and exchanges that connect African scientists and institutions with their counterparts in the United States and other developed countries. Reed asserts that such interactions may prove to be important elements in the development of science and technology in Africa. They might also provide opportunities for scientists in other regions to benefit from the expertise and resourcefulness of African physicists.

Dr. Reed has been a leader in developing and directing national programs to encourage students to pursue advanced degrees and careers in the physical sciences. He is the founding director of LLNL’s Research Collaborations Program for Historically Black Colleges and Universities and Minority Institutions, an innovative program that links Laboratory scientists with professors and students in forefront research that benefits the Laboratory and strengthens the research and training capabilities of the universities.

Through the auspices of the International Center for Theoretical Physics in Trieste, Italy, Reed has been a visiting scientist in the West African countries of Senegal and Ghana. He has also been involved with physical science programs in numerous other African countries through various international scientific organizations.

He received the American Physical Society’s John Wheatley Award for his contributions to physics research and education in Africa and has organized international conferences and workshops around these areas.

Reed’s research is focused on atomic collisions in high-temperature plasmas, primarily on how electrons collided with positive ions. His work has contributed to the understanding of indirect processes in electron-impact excitation and ionization of highly charged ions. He has more than 100 publications on his research.

The internationally recognized physicist has garnered some of the highest awards in physics and science. In 2011, he was elected a Fellow of the American Association for the Advancement of Science, in recognition of his important studies in atomic theory and successful efforts to increase minority participation in the physical sciences in the United States and Africa. In 2009, he received the 2009 Presidential Award for Excellence in Science, Mathematics and Engineering Mentoring from President Obama. Reed is an American Physical Society Fellow.

Reed has been vice-chair of the American Physical Society’s Committee on International Scientific Affairs. He was elected to the executive board of the International Council of Scientific Unions, a non-governmental organization with a membership of scientific bodies representing 141 countries and 30 international scientific unions.

Dr. Reed currently serves on the National Academy of Sciences Board on International Scientific Organizations and is a charter fellow. He is currently president of the International Union for Pure and Applied Physics, a global organization that fosters international cooperation in physics through its 60 member nations on six continents and 20 specialized commissions. Dr. Reed is the first American elected to head the organization since Nobel laureate Burton Richter was its president in 2002.

An annual tradition since 1981, the Department of Physics Yunker Lecture was established in honor Dr. Edwin Yunker, an Oregon State University physics professor (1925-68) and department chair (1949-66), by his wife, daughter and their family and friends through the years to ensure outstanding physicists presented lectures on specific areas of expertise with a general audience.