The College of Science is thrilled to announce that two students have received Goldwater Scholarships for 2017, the top undergraduate award in the country for sophomores and juniors in science, technology, engineering and math (STEM) fields. Awardees have an outstanding level of academic accomplishment and demonstrate a high ability to pursue a research career.

Brandt and Gibson are among 240 students across the United States who received the Goldwater scholarship this year. They were selected on the basis of academic merit from a pool of 1,286 STEM students nominated by campus representatives at 2,000 colleges and universities nationwide. An additional 307 nominees, including Smith, received Honorable Mentions.

The award, honoring former Arizona Senator Barry M. Goldwater, is sponsored by the Barry Goldwater Scholarship and Excellence in Education Foundation. The award provides up to $7,500 per year of a maximum of two years for undergraduate tuition, fees, books, and housing expenses.

She elaborates, "Also, candidates who have invested time and effort in getting to know their mentors, advisors and professors are able to produce the strongest letters of recommendation. 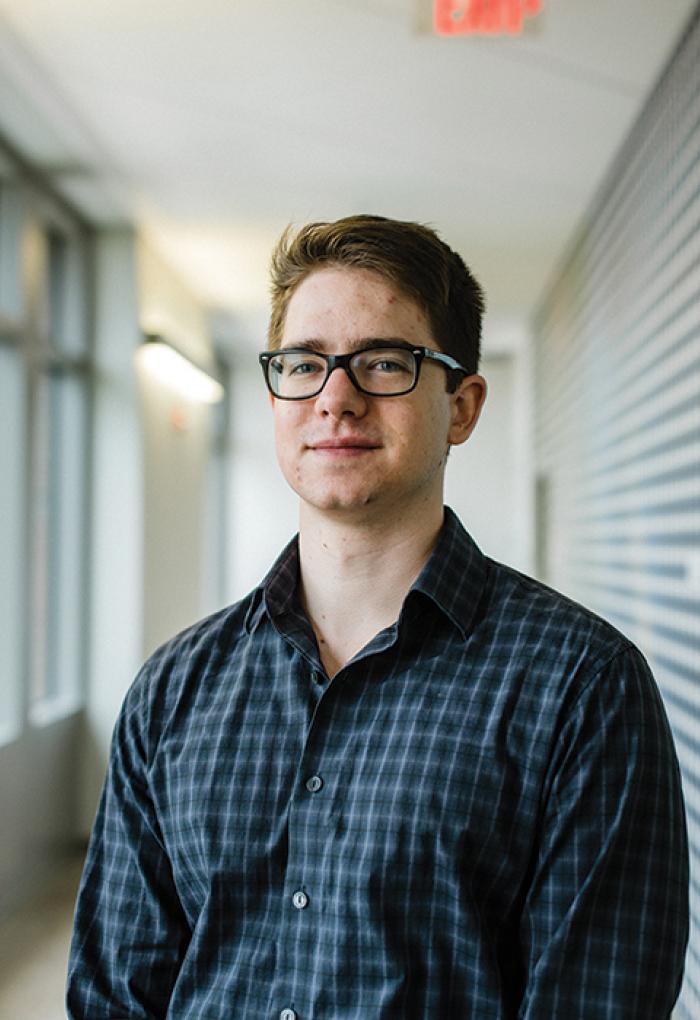 “Congratulations to our outstanding Goldwater scholars. The College has a tradition of producing Goldwater Scholars who go out and make a difference as scientists and leaders in their communities and in the world,” said Sastry Pantula, Dean of the College of Science.

"We are proud of our students, appreciate our excellent faculty who are committed to our student success, and grateful to our alumni and friends who invest in us to provide such transformative experiences to our future leaders in science," added Pantula.

Adam worked closely with Brandt and Gibson on their Goldwater applications. She is elated by their achievement in the highly intense national competition.

“My own observation is that Mirek Brandt and True Gibson find genuine joy in the process of scientific discovery. The energy and commitment they demonstrate to their goals likely contributed to their selection as Goldwater scholars.”

With undergraduate research, the sky is the limit

Gibson and Brandt have plenty of reasons to be delighted. They are not only Goldwater Scholars, but are also neighbors and have been best friends since first grade. They attended the same elementary, middle and high schools before joining OSU.

“It was a great experience being able to share that accomplishment with Mirek. We have always been close friends and share a deep love for science,” Gibson said.

At the end of his freshman year, Gibson joined the unnatural protein lab of Associate Professor of Biochemistry and Biophysics Ryan Mehl, where he quickly rose in the ranks to become the only synthetic chemist. The role entailed important responsibilities and enabled him to contribute in vital ways to the lab’s research activities.

Gibson develops amino acids with new chemical modifications that can be used by biochemists in the lab to investigate a new function in a biological or cellular process.

“My colleagues were all biochemists who relied heavily on my synthesis of various products which they required for their experiments.”

“I feel I have a really great position and I am very pleased to contribute in a large way to the overall purpose of our lab. Dr. Mehl has entrusted me with a lot of intellectual freedom and a lot of responsibilities,” observed Gibson.

Gibson enjoys the independence to devise protein structures which he thinks will be useful to possess by the lab and finds a way to make them. As an undergraduate researcher, Gibson has found meaningful opportunities to work on ambitious and transformational scientific projects.

He assists Mehl on a National Science Foundation-funded project that involves the controlled modification of amino acids to develop an ideal reaction unaffected by biological conditions. The synthesized protein will be incorporated into living and non-living cells to produce specific and controlled reactions that will yield many new bioengineering applications.

Gibson’s research, which has been taking shape for more than a year, is to develop an ideal set of stable chemical ingredients that will produce the desired reaction with biological processes. He has been steadily involved in investigating and testing biologically compatible amino acids within a range of reactivity.

Gibson, who is interested in pursuing a Ph.D. in neuroscience and becoming an academic, has seen the clear benefits of getting involved with research at an early stage. While there is truth to the notion that research experiences can help a student excel in the classroom (for example, Gibson found organic chemistry to be a breeze after joining the Mehl lab), there are other advantages that extend beyond class performance and grades.

“Research can really help you acquire the analytical mindset of a scientist. It teaches you ways of analyzing things and deducing important facts. It is totally worth it to be an undergraduate researcher,” Gibson enthused.

The son of an academic philosopher and a lawyer, Gibson credits his parents for always encouraging his love for science. He is also grateful for the guidance and help he received from LeAnn Adam, Mehl and chemistry professor Kevin Gable during the Goldwater application process.

Last summer, Gibson volunteered as a teacher and a hospital technician in Moshi, Tanzania. He taught 12-16 year olds mathematics, science, geography and English. He also worked in the clinical laboratory of the regional hospital, processing and analyzing patient samples.

Passionate about learning everything possible about the human brain and its molecular and cognitive functions, Gibson has found an effective way to explore his scientific and medical interests. He is the president of the OSU Investigative Diagnosis Society, a club that presents a mock medical case and the members work through a diagnosis, and through the process develop valuable diagnostic thinking skills.

Following the path of most resistance: Challenges in physics

Brandt aspires to attend graduate school to study gravitational physics and cosmology. Deeply interested in the physics of the universe, Brandt is currently immersed in research in assistant professor Matthew Graham’s Micro-Femto Energetics Lab, where he studies physical properties of materials and processes at the nanoscopic scale.

“Eventually, I want to study large-scale and slow stuff that pertains to fundamental paradoxes and questions about the universe, and what I am doing now is small scale and very fast.”

Passionate about different realms of physics, Brandt wasn’t always certain he would study physics in college. Somewhat intimidated by the vaunted difficulties of physics, Brandt had decided to pursue a major in mechanical engineering. But a week before classes were to begin, Brandt was convinced by his father to follow his heart and switched his major to physics.

He adds, “In other words, don’t be put off by the difficulty of the subject. Sure, physics is difficult and so are a lot of other disciplines. But in order to be a scientist, putting in the hard work and learning from failure or setbacks are crucial.”

With the help of a URSA Engage award, Brandt took up research in Graham’s lab in his freshman year. Subsequent scholarships such as the SURE Science Research Scholarship ensured that Brandt continued his high impact research project, which involves research on electron dynamics and the optical properties of transparent thin-film transistors for Apple devices.

Brandt’s specific responsibilities include data collection, data analysis, and optical system engineering. Last year, Brandt made an important contribution and helped solve a long-standing problem in his lab when he engineered a device that synced a light source with the camera.

Determined to master the unfamiliar terrain of electronics, Brandt spent weeks learning aspects of design and circuitry. The hard work paid off when he and a graduate student were able to engineer a new device which allows the research team to collect and correlate light absorption data with a particular wavelength and at higher resolutions, vital tasks that were previously impossible.

The project took about 200 hours to complete and is a permanent installation in the Graham Lab. Brandt and the graduate student are also exploring possibilities of a patent. In an inspiring fashion, Brandt sums up his monumental effort and accomplishment in the Goldwater application.

“By taking the challenging route and developing a long-term solution to a problem, I learned so much about signal analysis, data collection, electronics, logic, and of course physics.”

This summer, Brandt will take an important step toward his dream to be a theoretical physicist. He will attend the summer school program to conduct astrophysics research at the Weizmann Institute in Tel Aviv, Israel. 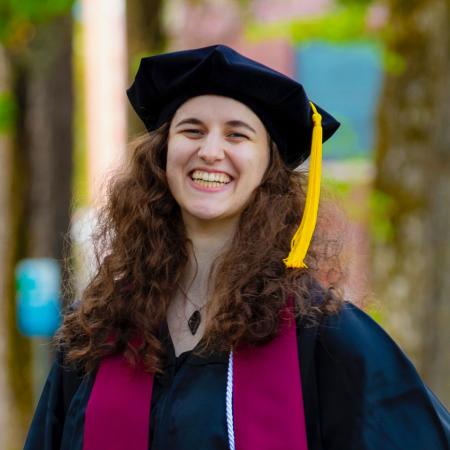 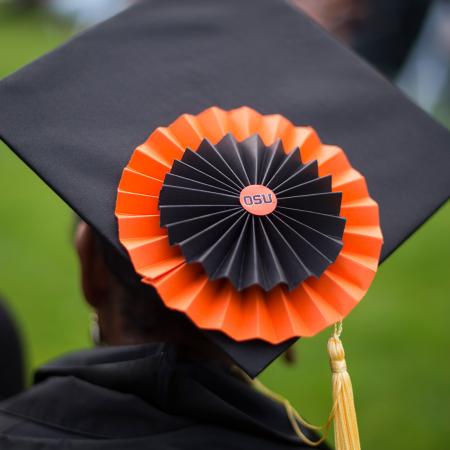 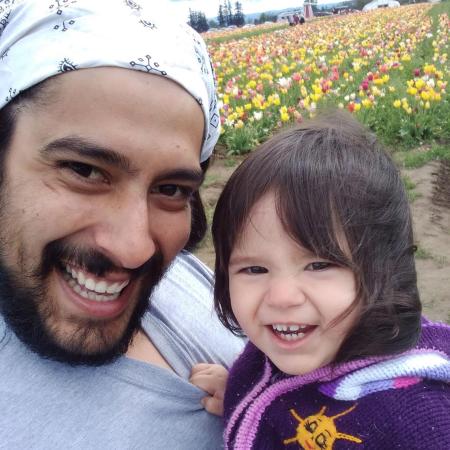