Physics Professor Janet Tate has been named the first Dr. Russ and Dolores Gorman Faculty Scholar. The three-year rotating award recognizes faculty who bring distinction to the College of Science, connect with industry and have a strong record of innovative research with practical impact.

This award will support Tate’s novel research on transparent semi-conductors with the potential for real-world application. Currently, she is working to develop a new kind of semiconductor with electrical and optical properties to help solve some of the world’s pressing problems such as efficient conversion of solar energy and light emission.

The Dr. Russ and Dolores Gorman Faculty Scholar Fund honors the legacy of Dr. Russell Gorman, who was chair of the Health, Physical Education and Recreation departments at the University of Nebraska, Mankato State University (Minnesota) and Illinois State University. Dr. Gorman resided in Corvallis with his wife of more than 65 years, Dolores, until his death in January 2015. 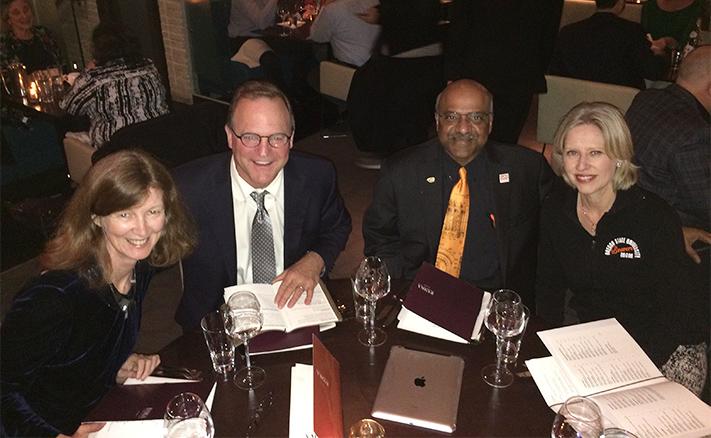 “I am grateful to alumnus Rusty Gorman and wife, Ruth Gorman, for generously supporting excellence and innovation in the College,” said Sastry G. Pantula, Dean of the College of Science. “Their gift will make it easier for faculty research to have an impact on social and economic growth for the state, nation and world.” “I am also thrilled that the award will support an outstanding faculty member like Janet Tate, who is not only committed to excellent research, but also to education and student success.”

Tate’s physics research has evolved over the 25 years since she got started at Oregon State, riding some of the field’s big trends. She started with the study of superconductors then moved to new materials known as p-type transparent conductors and currently focuses her research on the structural, transport and optical properties of transparent semiconductors and photovoltaic materials.

“I am delighted and honored to receive this award,” said Tate. “The materials that my research group studies—like solar absorbers and transparent semiconductors—are already very important in the energy sector, and we hope to be able to advance their potential even further.”

Tate’s group researches semiconductor components with the objective of improving electronic devices such as solar cells, which use semiconductors to maximize collection of light and the extraction of energy. Today’s devices often rely on very pure, highly crystalline materials, which are expensive to produce. Tate and her group would like to find materials that are polycrystalline that could do the job just as well.

A globally renowned materials physicist, Tate was one of seven international scientists and former Technical University of Munich (TUM) research alumni awarded the title of “TUM Ambassador” for 2014. Tate’s research on transparent and photovoltaic materials has been supported by prestigious National Science Foundation (NSF) grants. She and her collaborators have presently been awarded grants from NSF and the US Department of Energy to support their research on designing the next generation of semiconductors.

Tate was instrumental in developing Paradigms in Physics, an NSF-funded program for more than 17 years. This nationally recognized, innovative curriculum approach teaches students to think like a physicist and is regarded as a standard in physics education nationwide.

Tate collaborates closely with colleagues in Chemistry and Chemical Engineering running one of the most productive and interdisciplinary physics labs. Thanks to their research experiences in her lab, Tate’s students have gone on to prestigious jobs at Intel, HP, national labs and academia. She currently chairs the American Physical Society's Committee on Careers and Professional Development, which steers the national effort towards linking physics research with industry. Tate is also very active in encouraging diversity in science and is leading her department to host the national conference of undergraduate women in physics in 2016.

The endowed award was created by integrative biology alumnus Donald T. “Rusty” Gorman (’77) and his wife Ruth of Washington, D.C. and Houston, Texas, in honor of Mr. Gorman’s parents. The Gormans are long-time supporters of the College of Science at Oregon State. Mr. Gorman served on the College’s Board of Visitors from 2008-2012 and was named an Alumni Fellow in 2009 by the OSU Alumni Association. Currently, he is Vice President, Director of Interiors of Houston-based David E. Harvey Builders, Inc.

"Dr. Tate's bio is very characteristic of my father, and her qualities just seemed to connect with my father,” said Gorman. “We are very honored to have Dr. Tate as the first Dr. Russ and Dolores Gorman Faculty Scholar."

The Gormans’ gift was part of The Campaign for OSU, which concluded in December 2014 with a total of $1.14 billion raised. Campaign donors like the Gormans created 79 new endowed faculty position funds at Oregon State. The Office of the Provost provides valuable supplemental funding for many endowed positions, including the Dr. Russ and Dolores Gorman Faculty Scholar. 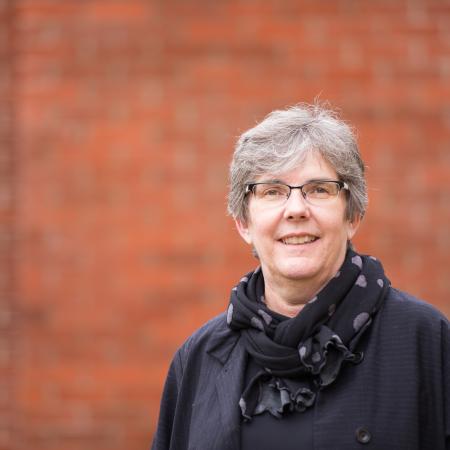